The historic centre of Betanzos was declared “Complex of Historical-Artistic Monuments” in 1970. It was formerly located at the inner part of the ancient wall that surrounded the city and had five doors. The main one, Porta da Vila, was decorated with three emblems which today are encased in the side of a house. Despite not being preserved, its name is used as the entrance of the historic centre. Nowadays, three doors remain standing: Puerta del Puente Nuevo, Puerta del Puente Viejo and Puerta del Cristo.

San Francisco has a Latin cross floor and inside you can find the tombs of the medieval knights that are the most interesting historical-artistic element of the temple’s interior, especially the sarcophagus of Fernán Pérez de Andrade, located at the back of the temple, under the choir, and supported by a bear and a boar.

Santa María de Azogue was built between the second half of the XIV century and the first half of the XV. It has a basilica layout and three naves. The main altarpiece and the capital with the only farming calendar of Galicia stand out. 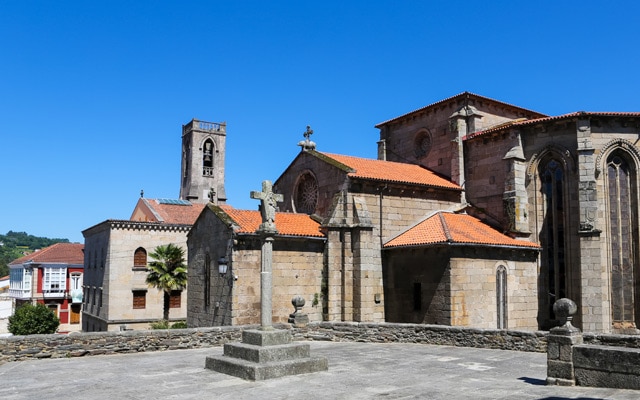 In the Plaza de la Constitución we find the city council house from the XVII century, work of Ventura Rodríguez, and the Palace of Bendaña, from the XV century, rebuilt during the XVII century. Next to it, we find the International Centre of Contemporary Images (CIEC is the Spanish acronym) at the ancient Casa Núñez. Dominating the square, the Clock Tower from the XVI century is attached to the Santiago church. 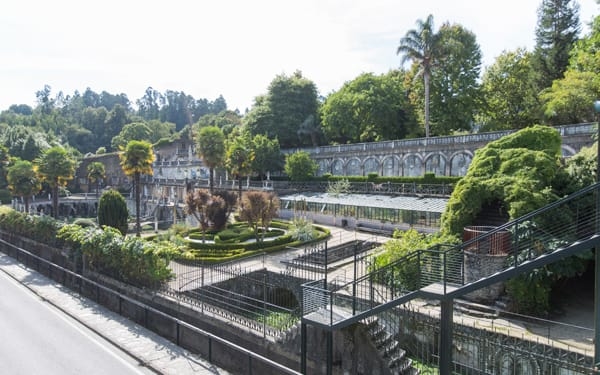 Located on the outskirts of Betanzos, the construction of this garden started between 1893 and 1895, designed and financed by Juan García Naveira. Only 10% is preserved from the original 90 000 m2 park.

The list of everything we can see in the area known as “the caves” speaks for itself, and its miscellaneous reproduction in concrete was a novel material during that era. In addition to the caves and underground passages we can see the Retiro pond, the polychrome murals which have paintings of transport such as the aeroplane and the funicular, maps of the Panama Canal and the Keops pyramid, which are a testimony of a tour around Egypt, the Monarchical Spanish and its 18 republican daughters, the tribute to Argentina, the clocks of evert global time zone, the Mohamed Ali mosque, mythological elements, exotic animals… 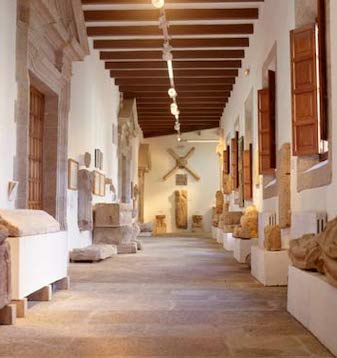 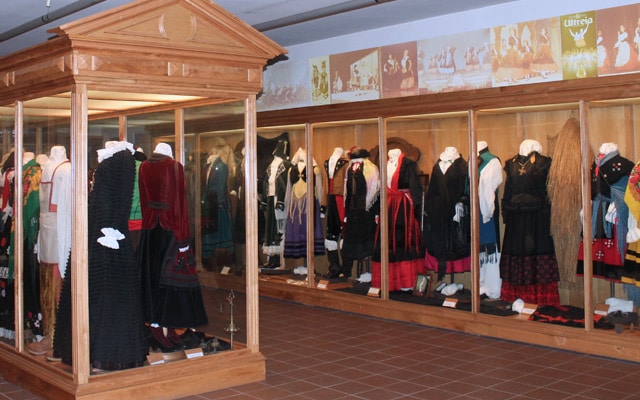 The Museo das Mariñas is located in the Convent of Santo Domingo de Betanzos. The building, dating from the mid-16th century, has had various uses up to the present day, being the site of the convent itself, the Civil Guard barracks or a municipal institute. Likewise, it houses the Alfonsetti Cinema, one of the oldest in Spain.

The collection encompasses pieces from all historical periods, from references to life in the forts to more current pieces, all grouped in the two-story corridors and in several adjacent rooms. It also has a large ethnographic collection, with various items from everyday life and the old trades of the city.

Given the importance of Betanzos in medieval times, the collection from this period should be highlighted, with objects such as the tombs of Sancha Rodríguez (wife of Fernán Pérez de Andrade) or Alfonso de Carvallido and his wife, Betanzos merchants and leaders of the Irmandiña Revolt; or also pieces from the disappeared cloister of San Francisco and the granite sculpture of Santiago the pilgrim apostle.

Wine has been one of the pillars of the city’s economy and its history is present through different places and elements for its cultivation and manufacture. Also highlight the ethnographic collection on linen, which was so important in the history of the region.

Among the rooms, the so-called Sala del Traje stands out, which houses one of the best collections of traditional Galician clothing. Likewise, the collection of guild costumes from the city of Betanzos and the clothing donations from Betanzos families dating from the 19th century should be highlighted.

Another of the important rooms is the one dedicated to the old Hospital of San Antonio, with the doors of the hospital where its founders are portrayed and an apostolate acquired by them and coming from the school of Rubens.

On the upper floor, the recreation of the schools designed by the García Naveira brothers stands out, two Indians who, on their return from Argentina at the end of the 19th century, founded numerous welfare works in the city. This floor also has curious objects such as the flag of the Government of the Republic in exile in Paris, as well as documents and emblems of different groups such as the Irmandades da Fala or the Betanzos Center in Bos Aires.

In short, the Museo das Mariñas is simply the gateway to the vast heritage of the city of Betanzos, where it will be necessary to complement the visit by approaching other resources such as the medieval city itself, its temples, the Parque del Pasatiempo and the rest of the works de los García Naveira or the alleys where you can savor the wine and gastronomy of the area.

The CIEC Foundation (CIEC in its Spanish acronym) is located on Castro Street in the historic centre, at the Casa Núñez, a building erected by Rafael González Villar in 1923.

It is a graphic arts centre: there is a school, workshop, showroom, collection and library. Its main objective is to promote and publicise the visual arts, especially the graphic arts. 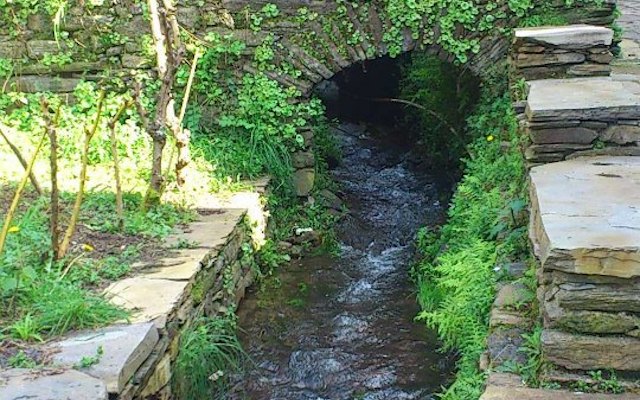 This is an area of scenic beauty where we can find the remains of 19 “maquía” mills (where one part of the milling was left for the miller). Nowadays, there is a hiking route that allows us to visit this beautiful landscape. 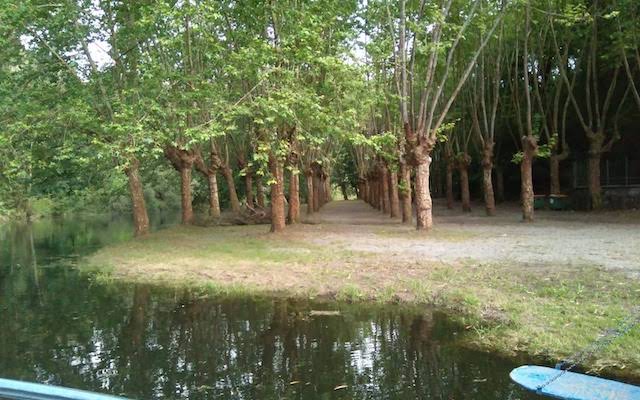 This hiking route starts at the Puente Viejo in the urban area of Betanzos. This low-difficulty 2.7km route goes along the bank of the Mandeo river until the well-known Campo de Os Caneiros, where the traditional pilgrimage is celebrated every year on the 18th and 25th of August.