The municipality of Betanzos is located in the centre of the Artabro Gulf, in the province of A Coruña, occupying an area of 24 km2. Capital of the region, there are roughly 13,500 inhabitants, distributed in eight parishes: Bravío, Piadela, Pontellas, Requián, Santa María, Santiago, Tiobre and Viñas.

The historic centre was declared Official Complex of Historical-Artistic Monuments in 1970 and it is one of the most important medieval cities in Galicia. In fact, it was the capital of one of the 7 provinces of the ancient kingdom of Galicia.

The city (since 1465) has possessed a rich heritage that shows its rich and diverse history. Nevertheless, we cannot forget about the three rivers that flow in this area: Mendeo, Mendo and Mero that, together with the Betanzos estuary, form a not–to-be-missed, unique landscape.

Parties, traditions and gastronomy make every visit to Betanzos a different experience. Apart from walking to discover the entire cultural and natural heritage Betanzos has to offer, the hospitality of its people will remain with every visitor.

Betanzos has history, a monumental character, and tradition… but it is also lively, it invites you to discover every corner, to walk around calmly and to get to know its traditions. 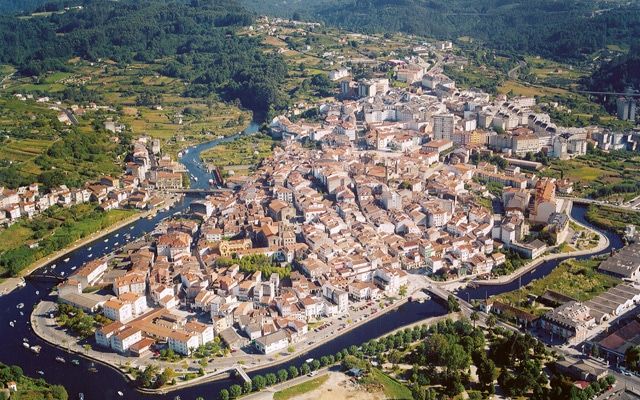 Betanzos is located in the province of A Coruña, in the Northwest of the Iberian Peninsula.

By road, you can get access it through the N-VI Madrid – A Coruña. Likewise, it has access from the A-6 “Autovía del Noroeste” and the AP-9 “Autopista del Atlántico”. The N-542 links Betanzos with Santiago de Compostela, the N-651 with Ferrol, AC-480 with inland Galicia to Ourense and AC-0905 with Vilalba (Lugo).

There are also many bus companies serving the city.

The favourable climate conditions and transport links, as well as the many remains of human settlements found from previous cultures lead us to believe that this geographic area was inhabited by Palaeolithic people.

From the prehistoric cultures, the pre Romanic Castro culture is the most famous, as much at a scientific as well as a general population level. Its main characteristic is the settlement type, the fort, from which it takes its name, which stands out not only because of its characteristics but also for the quantity that still remains. In our municipality, we should highlight the Fort de Utia as the origin of the city of Betanzos.

The city was built, starting from the top of the fort, or “Croa”, and extending around it. The terrain’s own orography is used and respected. This high point is precisely where the current Plaza de la Constitución is located, surrounded by buildings such as the City Hall, the Palace of Bendaña, the Tower, the Santiago Church and several houses made of wood. This material, used in construction until the first half of the XVIII century, was the reason for the massive destruction of houses during the fires of 1569 and 1616.

At first, Betanzos extended until the first walled enclosure (including O Castro, Santiago, Lanzós and Ferreiros streets). The yards and gardens ended in a wall that in time, became a street. The second enclosure was open by the XIV-XV centuries, even though the remains are from the XIV, they were later rebuilt during the Catholic Monarchs period. We do not have many remains of this ancient wall, although you can still make it out. It’s mainly occupied by private properties so it can only be seen in some sections (100 m at the Valdoncel Street), where you can see its masonry origin.

Four doors and one side door, all from the XV century, led to the city. The so called “Puerta de la Villa” (city door), in front of the field of the fair, was demolished in 1872 to broaden the city entrance. With the demolition, the battlements also disappeared and the emblems that decorated them were moved. The other three doors were (and still are) the Puente Nuevo (new bridge) door, the Cristo door and the Puente Viejo (old bridge) door. The three of them have a pointed shape, with air vent slits in the first and third doors, the second having a small balcony, a Christ and, behind, a city with a painted sun and moon.

During the XVII century, due to the influence of the Baroque style, some transformations were made: balconies and arcades emerged, and windows in the walls that were previously solid were opened (like in the Lanzós palace). In addition, other works were performed, both inside and outside the city, such as the Bendaña Palace, the Church of Las Angustias and the Santo Domingo Convent. 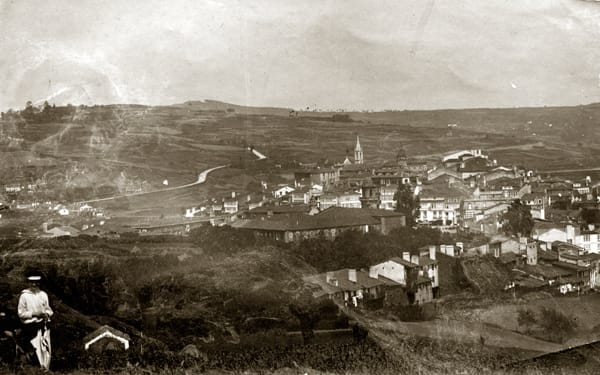 One century later, in XVIII, buildings as important as the city hall or, outside the walls, the intended Archive of the Kingdom of Galicia, now the Liceo, were built.

Towards the middle of the XIX century a real interest in the urban aspect of the city emerged. Improvements were made at the Plaza del Campo, trying to make it a main square by paving it. They also imported an iron fountain from France that represents “Diana the hunter”, placed at the centre of the square. The houses on the edge of the square were improved; balconies emerged that transformed the look as a whole.

The city has tried to move away from restrictions that medieval limits impose, opening up new streets with better sanitary conditions. The city has been widened and new architectural trends have been incorporated (like the house of D. Juan García Naveira). At this moment, historicist styles of the XIX and the XX centuries exist together with modernism and eclecticism. This will be the time for the “indianos” to sponsor social projects.

From the 30s we see a break from traditional construction, cheaper buildings were built, where concrete use prevailed and insignias almost disappeared. However, as a result of the declaration of the city as a Complex of Historical-Artistic Monuments, we take more care when building new constructions or rehabilitating ancient ones.

Santiago and Santa María are the parishes located in the urban area of Betanzos. On the outskirts of the city you can find: 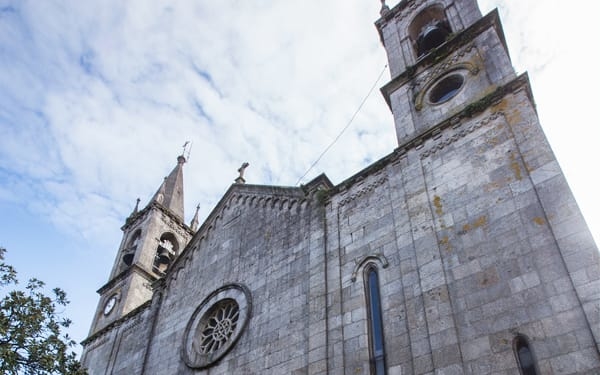 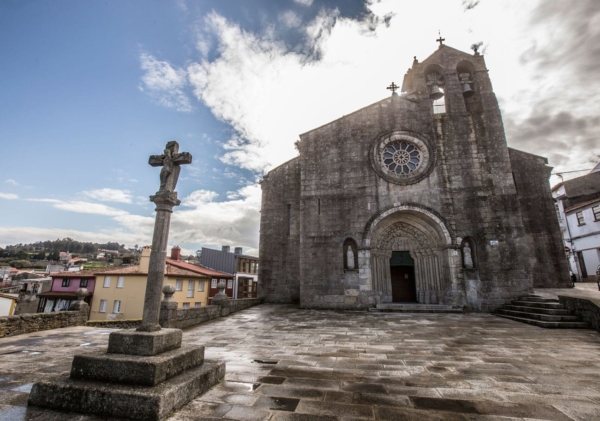 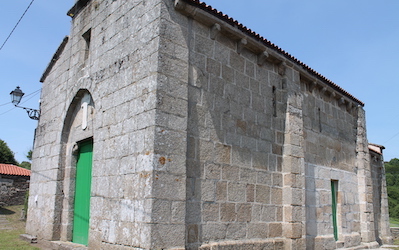 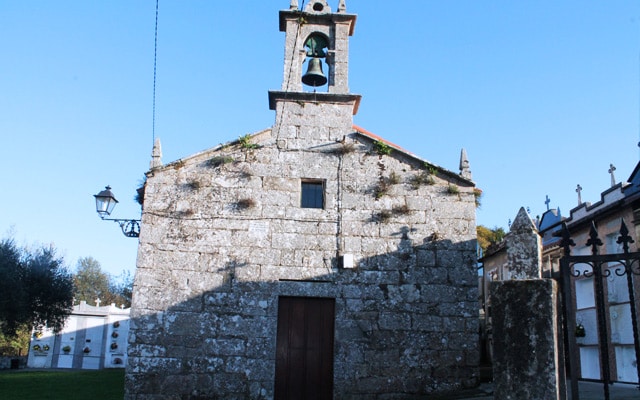 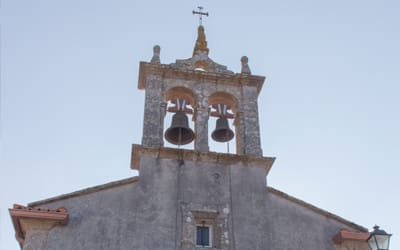 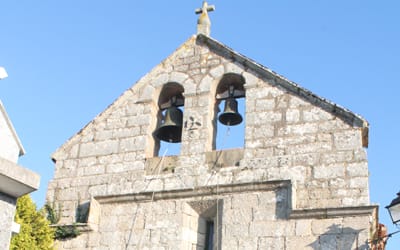 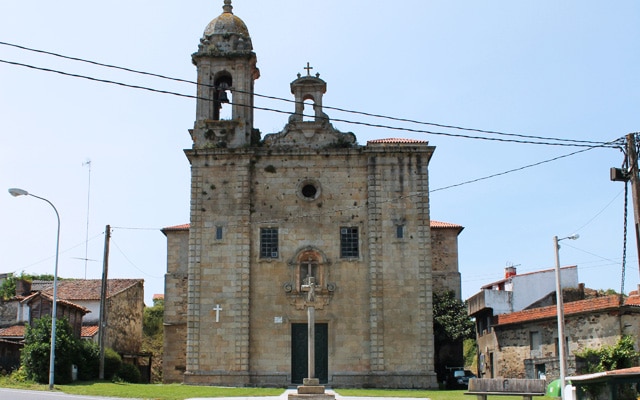